Jazz will stop at nothing to save her brother.

Their foster mother, Carol, has always been fanatical, but with Jazz grown up and out of the house, Carol takes a dangerous turn that threatens thirteen-year-old Joaquin’s life. Over and over, child services fails to intervene, and Joaquin is running out of time.

Then Jazz gets a blocked call from someone offering a solution. There are others like her—people the law has failed. They’ve formed an underground network of “helpers,” each agreeing to eliminate the abuser of another. They’re taking back their power and leaving a trail of bodies throughout Los Angeles—dubbed the Blackbird Killings. If Jazz joins them, they’ll take care of Carol for good.

Armed with an intriguing plot, “The Kill Club” by Wendy Heard depicts the true-crime scenario of murder-for-hire instigators.  Heard noted that none of the stories portrayed in her novel are fictional–that these contract killings are real and much more sinister than fiction.

“The Kill Club” illustrates the provocation behind people who seek murder-for-hire running on lethal hate and desperation or frustrations from the social and judicial system.  These are people who have run out of options and have taken liberties to put an end to abuse or a lifetime of shame and suffering from fractured relationships. And then there are those motivated by greed, jealousy, or are just plain twisted.

As a thriller genre fanatic, I was immediately attracted to the book’s premise.  Armed with strong female leads, this book was a quick read from start to finish. It is the kind of story that makes you question how far can you go to protect someone or yourself from faulty individuals or from a defective society. Readers also get to inspect the motivation behind the novel’s antagonists who seem to justify creating the “Kill Club” as a solution, not an assassination, to a flawed judicial system. A chilling revelation nevertheless a truth that is as real as it is fictionalized.

But the story is not all about murder.  Heard also tackled issues of social hierarchy–the demarcation between the rich and the poor, social injustices, religious fanaticism, and domestic abuse.   All of which pose bigger problems that almost always result in criminal acts. The novel is also a reflection of the fallibility of the social system that incessantly brings about violence deemed as the final refuge of the desperate, leaving crime problems insolvable.

A thriller that will keep you guessing until the end, “The Kill Club” is a social commentary novel that will appeal to the reader’s sense of justice, pondering upon concerns such as taking the law into one’s own hands and the justification of such acts.

Save for the not-so-appealing aspects of the novel, the main premise is interesting enough and worthy of discussion.   Details such as the flimsy attempt to pass the novel as lesbian literature felt misplaced. The multiple twists and turns fell flat for me; the timeline was quite confusing, and the writing has been subpar at best.  The sudden emergence of more characters left no room for development. The motivation behind the Blackbird killings was a total letdown. I was expecting a grander scheme and a more believable and strategic discourse.  Now, what bothers me up to this point is the messy reasoning behind having someone do your dirty work only to return the favor. Isn’t the logic behind hiring someone to do the killing, is for you to be rid of blood in your hands?  As messed up as it is, “The Kill Club” may have failed to end on a high-octane note but it still had a good run from the onset. 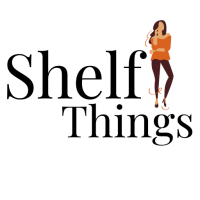 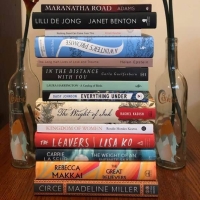 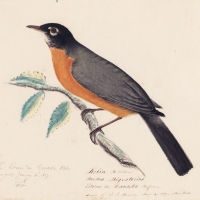 Lover of all things bookish 🖤

A Blog about Music and Popular Culture

Monthly Festival : Turn your book into a movie and get it seen by 1000s of people. Or garner FULL FEEDBACK from publishers on your novel and help your next draft. Or get a transcript video of your novel performed by professional actors.

Reading by the sea

historiography for the masses

It’s better to be reading • Thoughts, reviews, & other words about all things book related

The best of the literary web

...where Kim muses over all things literary.

A Life Amidst Books

The Book Reviews You Can Trust!

"To the book depository!"

That's what she read

A place for discussing books, history, literature, and whatever else I want

Musings on books, tea, and other things